I don’t know much about statistics and distributions, but I needed some differently distributed pseudo-random numbers for a project I’m working on. 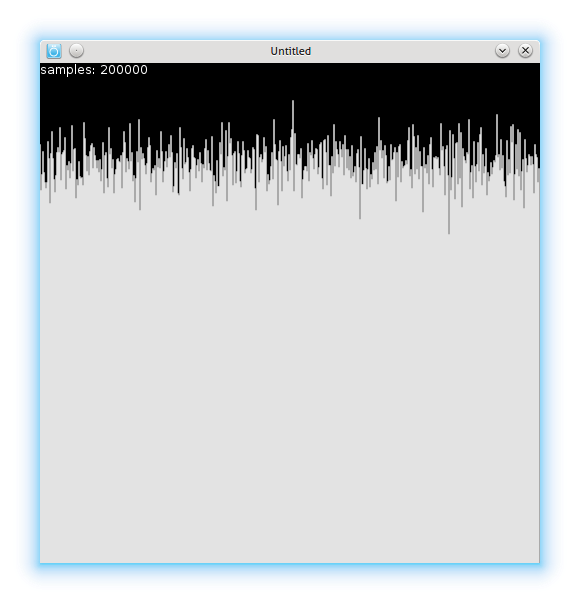 It’s written in Lua’s manual(link is given above) that it’s statistical properties cannot be guaranteed. It still works fine for my purposes as a uniformly distributed number generator.

I also read some discussions on why one shouldn’t use that, and instead move to other methods like Ziggurat algorithm(and some other I can’t remember now), but I think Box-Muller method is easy to implement and works fine for my purposes, so I’m using it now:

This function returns numbers in range [-1,1]. I’m using it with some code like that: 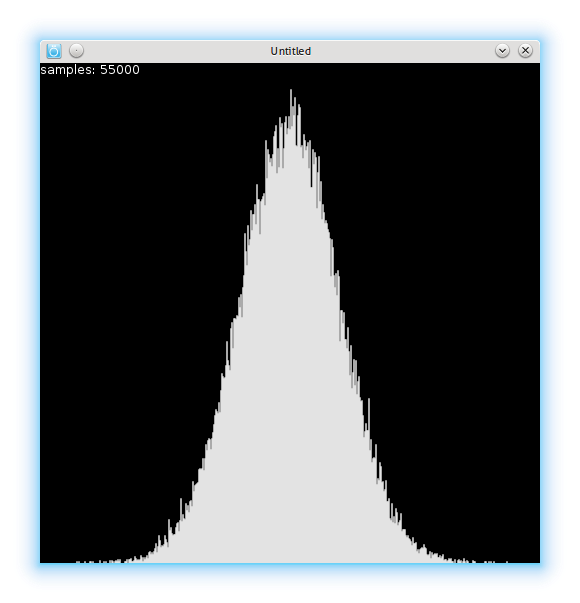 I also generated two custom distributions, I don’t know if people gave them any special names, first one is this: 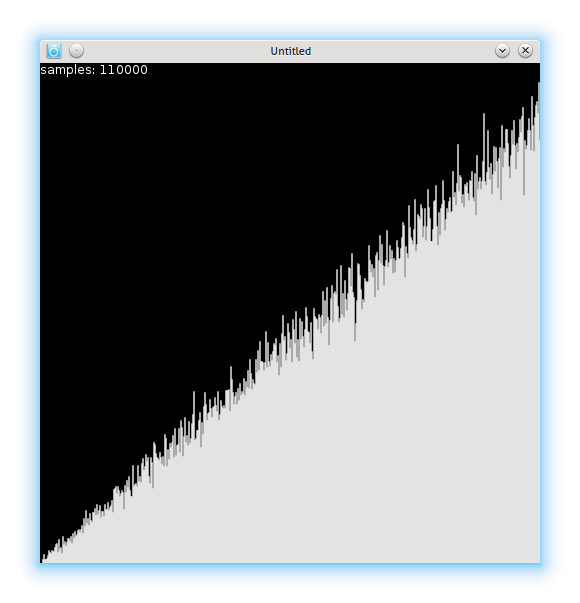 I think this is a very useful one, this means that if I give some actions in my game different numbers depending on their priority and use this random number generator, I get numbers of actions with more priority more than the ones with less priority. Here’s the code:

Last one is similar: 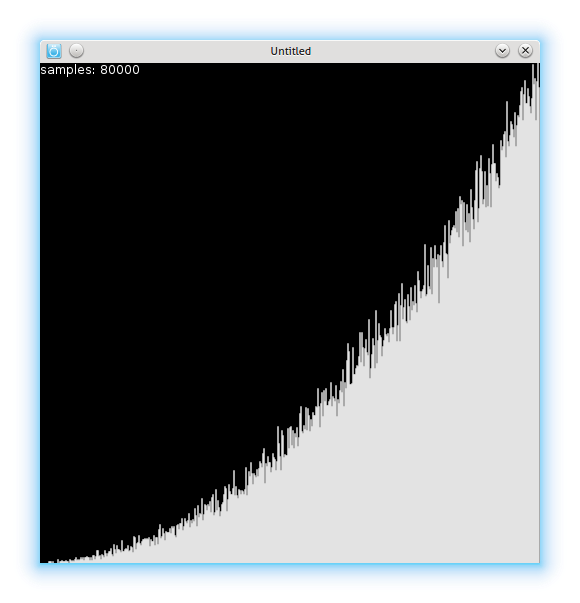 In this code, if you make rate variable 2, you get pretty much same distribution with the last one above. In my case, for some reason, making it 4 gives a value that doesn’t fit into 32bit, and so math.random call fails. When I tried with Lua 5.2 compiled by myself on my 64bit machine, math.random works fine with 64bit values, so I think it’s a problem with the app I’m using2.